Posted on February 4, 2014 by BrittainStone

“For Romosa Excavation, a family owned business, it’s really a pleasure to be able to work with a group like Lang Architecture that is concerned about the environment and wants to put the extra mile into sustainability. “

After he leaves his family’s 40 acre property in Olivebridge where his sister and his parents also have homes, Satya Scanlon’s commute to the Hudson Woods property is just about 6 minutes. In deep freeze or in snow, Satya and the Romosa Excavation crew including his father Robert are braving the elements to undertake the challenging first stages of refining the Hudson Woods property. Their collection of efficient, mostly brand new machinery and equipment quietly purrs to life, and they follow the Lang Architecture plan to respect the existing landscape, tread lightly and preserve its woodsy, remote character.

What makes this project special to Satya is the challenge of using sustainable practices while carrying out the landscaping plans. “Our Environment is such an important thing, and for people to just get in with big machines, walk into the forest and wreck stuff without a game plan and consciousness to me is a big problem.” Of Lang architecture, he says, “They’ve chosen to be conscious about everything. 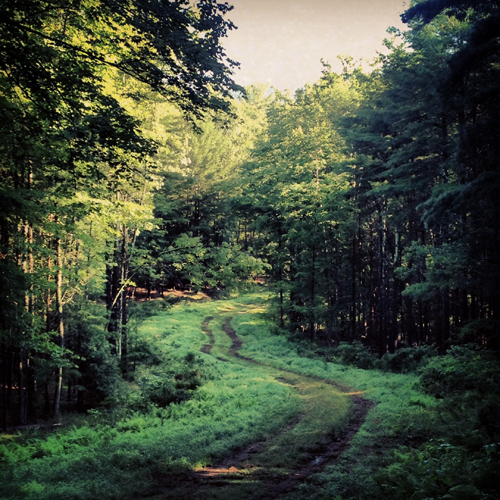 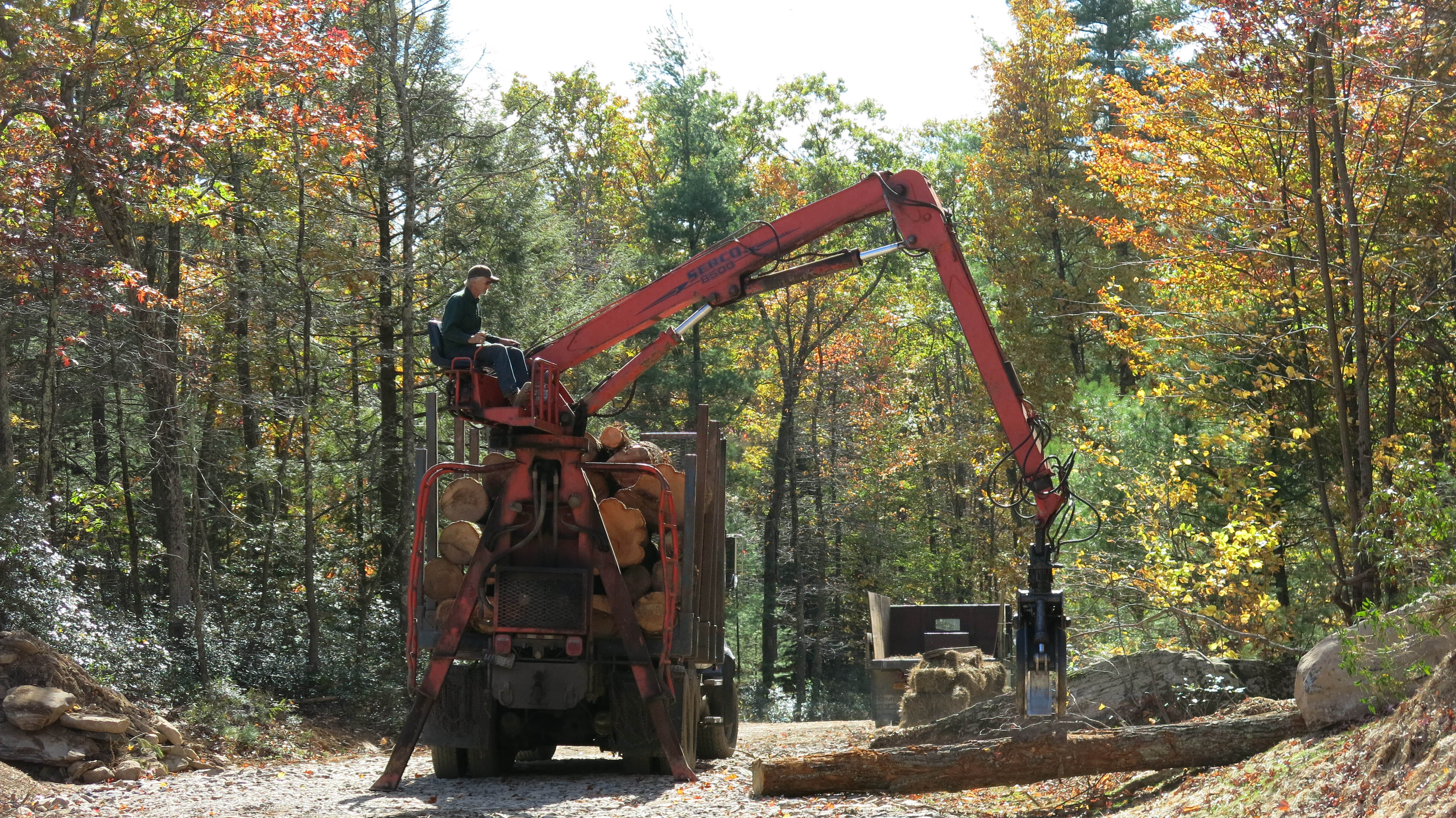 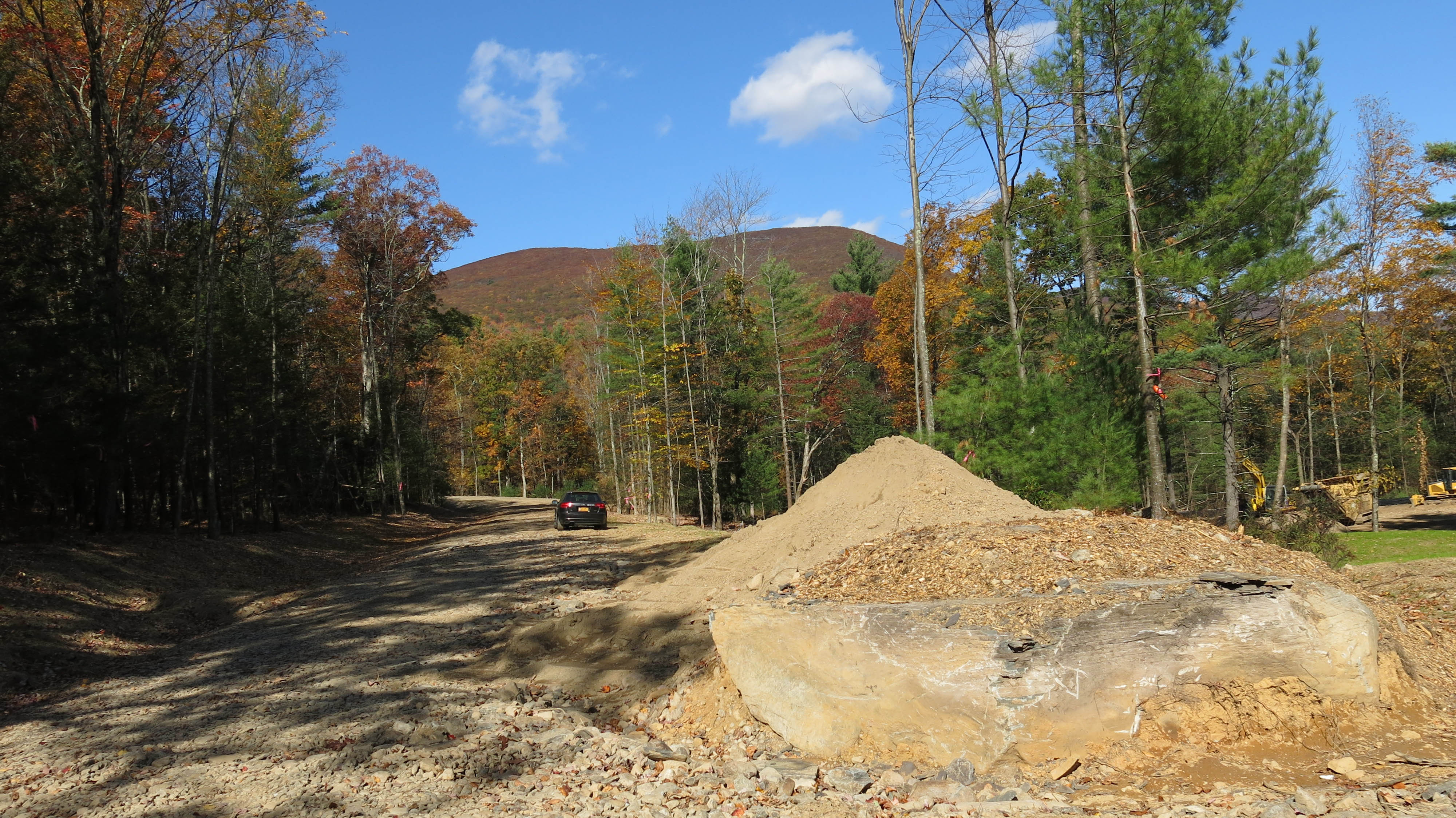 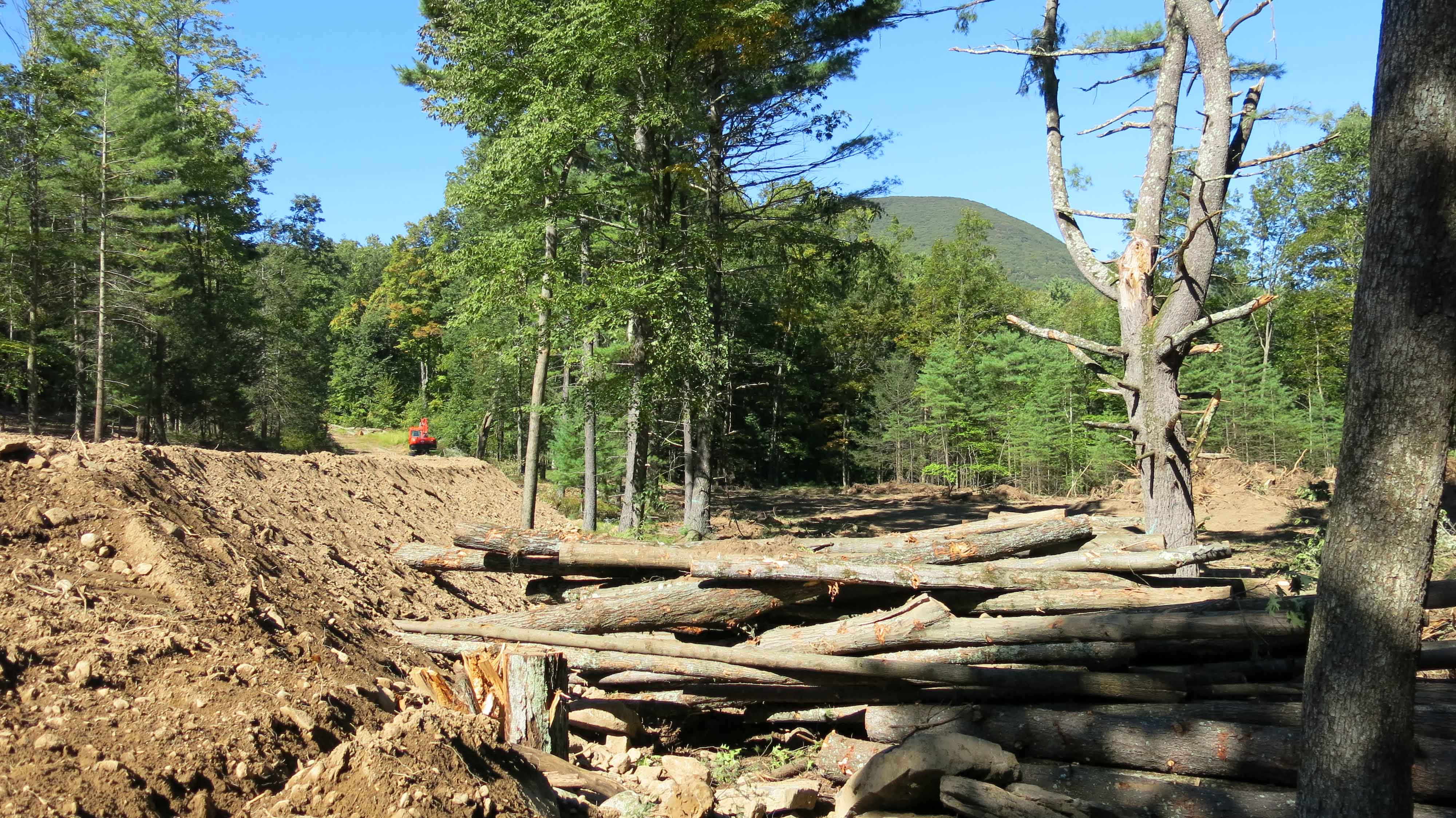 “I don’t call myself an excavator, I’m a land sculptor.”

No stranger to the woods, Satya, 43, hails originally from the Woodland Valley area of Phoenicia. He moved out west to receive a degree in Architecture from the University of New Mexico in Albuquerque. After several years of running a cabinet making outfit, he decided it was time to rejoin his family in Olivebridge ten years ago. With his father — also a seasoned carpenter who had devoted 11 years to the nearby KTD monastery as manager of construction—his business was building houses, but he found himself drawn to the landscape more than the homes themselves.

He says, “ I’ve always had a thing for excavators, and it was something I could relate to better than the building. To be able to make a site really pretty, to accent the house was important to me.” Running an excavation business also afforded him a permanent way to work with his father. “That’s the big thing,” he says, “To me family’s the most important thing. It gives me the ability to be with my dad on a daily basis.”

On tree removal, Satya remarks, “They could have called commercial logger in, which they explored. (When) those guys come in, a forester marks every salable tree, and they all get cut down and taken to the mill. Some of the tops get chipped and some of them get laid down in the forest, and thats the end of the story. The reason they didn’t choose to go that route is that it’s very invasive to the property and the surroundings. It looks like a bomb went off. Drew chose to consciously log this property not for profit but for integrity of grounds. They are choosing to spend more money to do it in a proper way, selectively cutting and leaving old growth trees.”

Trees that are removed are cut by the sawyer to a salable size and are purchased by B&B Forest Products. Firewood is second salable product out of the harvest. What’s left gets chipped, and use for silt protection and also mixed in to the topsoil. “When it breaks down, it’s the finest, most beautiful topsoil you could ask for.”

The road is being reconstructed to town specs with material mined on site. Satya notes, “The first thing you do is to dig test holes. We are looking for stone that we can crush. We didn’t have to go any farther than 5 feet deep. That’s how we obtained a good part of the stone that were going to crush for the road. As a by product, which just happens to be good fortune, the entrails are very nice sandy, loamy septic mix. Not only are we doing the driveway, but we’re creating the septic fields and all of the (topsoil) that we going to seed and plant grass around the homes.”

When asked what he appreciate most about the character of the property, Satya replies, “What I really do like is that there’s still a lot of old growth trees, and that creates the most beautiful effect— I call it a “parked out” look— and it’s set on all the old bluestone outcroppings. You don’t get (that) very often.”