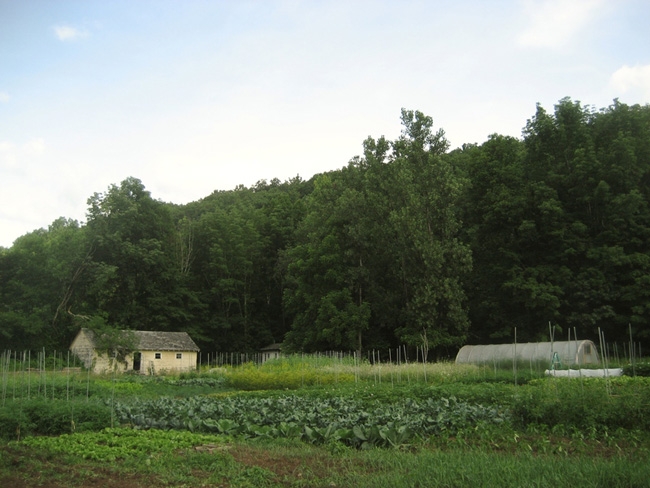 Did you ever think of seeds the way you think about books? About 10 years ago, Ken Greene, made such a metaphorical leap, and started the country’s first seed lending system out of the Gardiner library, a stone’s throw from Hudson Woods. Then a masters student and part timer there, he saw “a lot of similarities between seeds and books. Seeds are stories that we’re passing on, they’re not just a commodity. They have cultural stories, they have genetic stories. I thought why don’t I take these seed stories, and put them in the library so that people could check out a seed the same way that they check out a book. And that would create more access and make sure that these stories stay alive.”

4 years into the project, he says “I wanted to be growing more seeds for the library, more variety, and higher quantity than what was coming back from members. So my garden had turned into a seed garden, and just kept getting bigger and bigger, and I started spending more time growing and less time at work at the library. At which point I said, Obviously I need to quit my job.” He and his partner Doug Muller both did just that and “jumped right in not knowing if it was going to work out financially or not.” The operation moved to a small farm property and former Ukrainian Catskill camp in Accord that is co-owned buy a group of friends.

Now, 6 years after that leap, The Hudson Valley Seed Library comprises three acres of seed cultivation, several trial gardens for traditional method breeding experiments, a robust online catalog business that offers over 400 varieties of vegetable, flower or herb seeds, all staffed by 10 full and part time staff and dozens of volunteers. A mission driven business, they use only organic growing methods, and are especially committed to preserving local varieties— “natives…. what grows well here in our community and actually contributes to the ecosystem.” 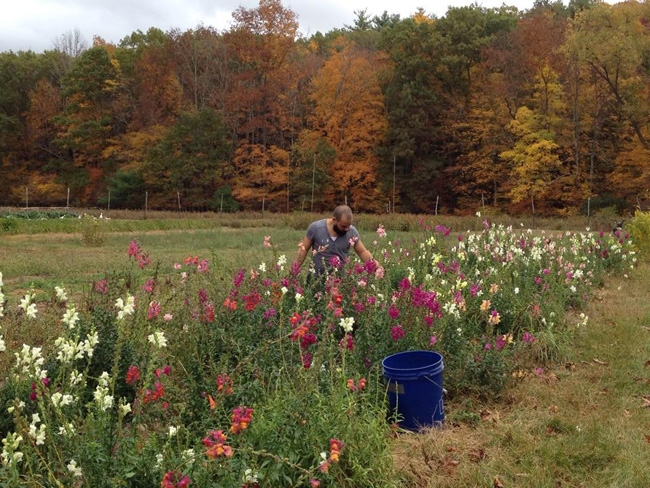 At the heart of the endeavor is, a devotion to perpetuating two types of seeds, heirloom and open-pollinated. Explains Ken, heirlooms “are varieties that are really old (at least 60 to 100 years), and that have been handed down from generation to generation. They’ve been around long enough so that their genetics are basically stable. They come with more value than just food stuff, they have personal stories, they have cultural stories.” One example is the Stone Ridge Tomato, a seed line donated by a local gardener, and that has been in his family for generations. “We are keeping that variety alive. And that’s something that only a small regional seed company would even be interested in doing.”

“Open-pollinated” encompasses newer seed varieties that have been cross bred to address modern needs like disease resistance and new flavor profiles. Their “openness” is actually comparable to the idea of open sourced computer code. Says Ken, “the open source movement in terms of technology has a lot of crossover with the work that I’m involved in with seeds. You can’t list the number of people involved over the last 10,000 years who have been involved in creating a variety, and so should we be able to patent that? Or should we be saying, this is the contribution of many people over a lot of time, therefore it should be accessible for anyone. If you have an idea and want to change it a little bit, go ahead and change it!” 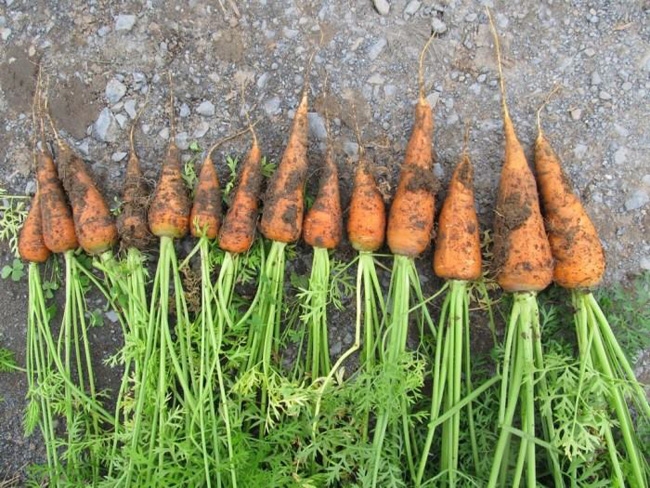 Another “open sourced” project has been the unusual designs of the HVSL seed packs. Inspired by historical NY State seed catalogs, Ken first commissioned his artist friends to interpret the seed varieties using their mediums and perspectives. “When people look at our packs, I want them to think twice about what the seeds mean and to think about the growers’ story.” Every year now, an open call goes out for submissions, and this past year over 300 artists submitted artwork for the packs of 12 new varieties. An exhibition of the artworks has taken on a life of its own, travelling the country at displayed at such places as the NY Botanical Garden.

The Seed Library and “farm” is open in the late Spring through the Fall for visitors, but check ahead just to make the staff will be there. They also keep booths at both the Union Square and Grand Army farmer’s markets.

Ken’s advice for weekend gardeners? “The challenge is timing it so that you’ll be able to enjoy the fruits of your labor. When you’re putting together your garden plan look at the number of days to maturity so that you can think will I be here when it matures?” “The other way is to think about succession sowing, which basically means instead of just doing one planting at the beginning of Spring, every time you come up, there will be something to harvest, and then you plant more and continue through the season.” And he reminds us, because of this past long winter, it’s still not too late to plant your peas, arugula, lettuce, kale, collards, and cabbages! 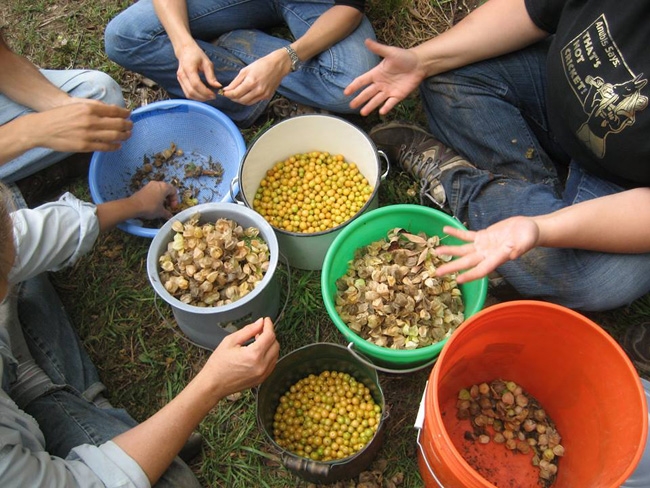 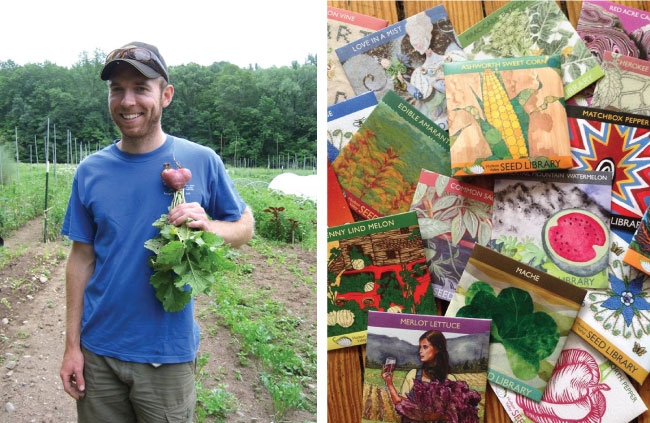 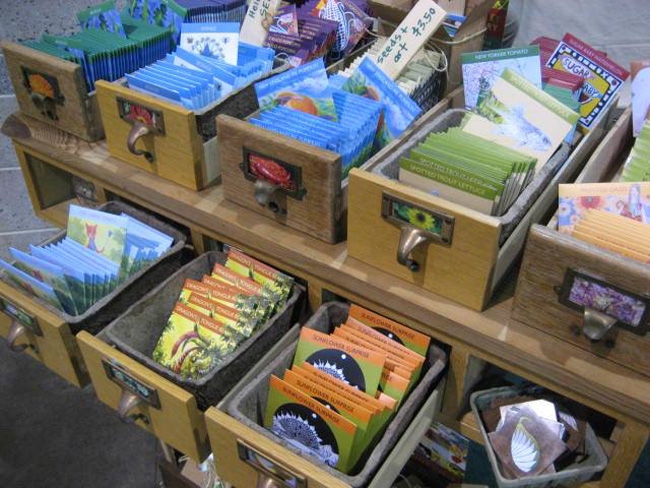 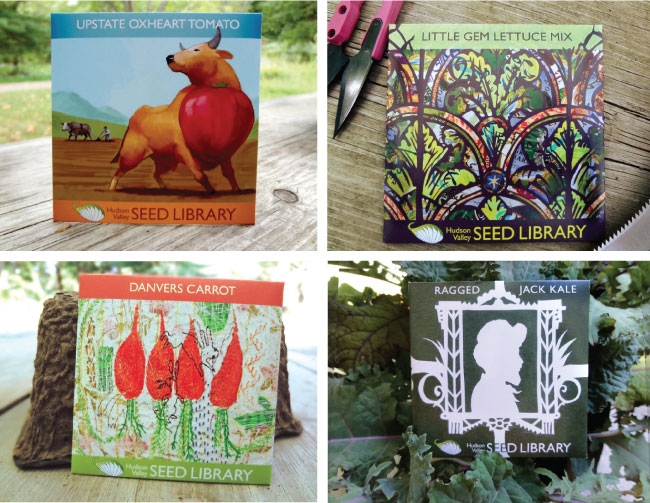 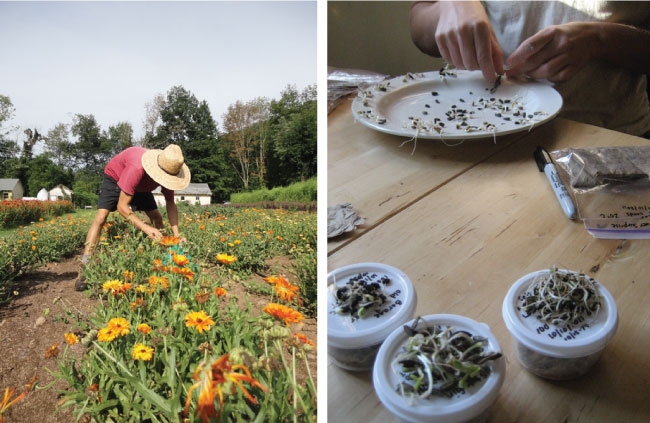 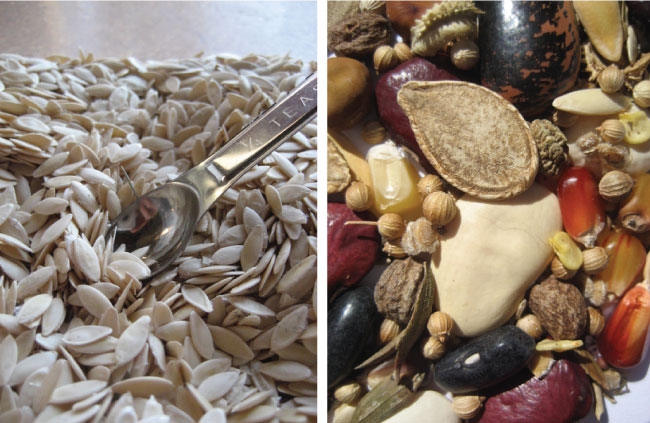 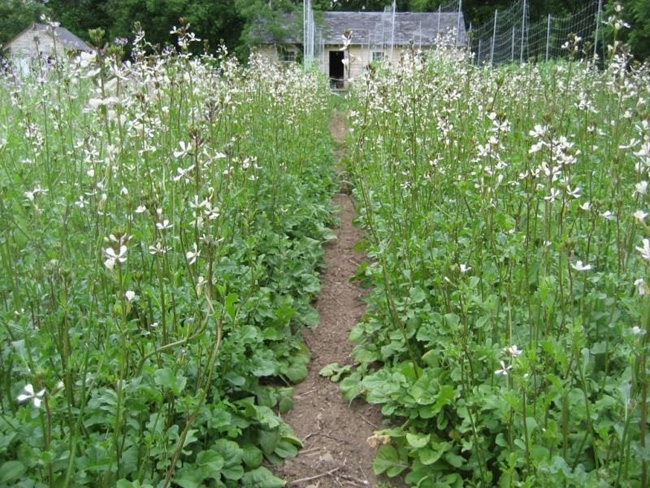