Hudson Woods - Where Design Meets Nature – Farm to tap, Arrowood brews from the ground up

Farm to tap, Arrowood brews from the ground up

Posted on February 25, 2015 by BrittainStone 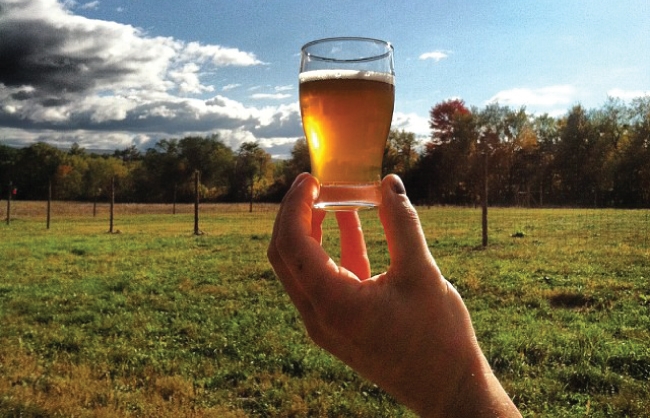 After commissioning a delightful brown ale from Arrowood Farms Brewery for our October gathering, we decided to look a little closer at this exciting operation unfolding just a stone’s throw from Hudson Woods.

In 2012, Governor Cuomo enacted New Farmer’s Grant Fund to encourage small scale agribusiness in New York State. We are fortunate to have two 20-something neighbors take the Farm Brewing Law seriously and turn their passion for food, farming and brewing into a reality.” Blake Arrowood, 28 and Jake Meglio, 26 have leased a 10 acre farm in Accord, applied for their farm brewery license, and set out to create what Blake calls the “idea of a home brewers garden on a commercial scale.”

Last Spring they planted an acre of 7 kinds of hops that will have their first yield this Fall. Why hops first? Says Blake, “It’s a really wonderful perennial plant you put in the ground and it comes back every year for the next 25 or 30 years.” It is also the signature ingredient in a beer. When you smell a beer, when you taste a beer, it’s the aroma, it’s what really gets your senses going about beer.” The “hop yard” looks like a trellis system where the vine-like hops will grow to 18 feet tall on each individual “bine.” They will use the hops in their own recipes and also distribute to local nano and micro breweries.

Hailing from North Carolina, Blake’s grandfather was a farmer and he grew up next to a farm. His inclination towards farming grew serious when he was teaching English in South Korea, and led his students to create community gardens. “I think it was in my blood a bit.” His partner Jake was born and raised upstate and has a college background in chemistry and biology. An autodidact brewer, “he sort of transferred that knowledge into the chemistry of brewing. He’s an avid reader, and its coming together really through the opportunity to do it.”

And then, there’s the ducks. About 75 ducks of varied heritage breeds mill around a custom installed duck pond and retreat every night to a series of brightly colored coops. At 9 a.m every morning, the farmers collect the eggs and distribute them to the High Falls Co-op. Duck eggs are quite large and considered terrific for baking. Says Blake, “they are creamier, richer, higher in HDL (the good cholesterol) and in Omega 3’s.” Their favorite preparation though is steam fried. “Let it steam in the pan covered for a few minutes until you get this really thin layer over the yolk. Add salt, pepper, and you’re good”.

As soon as the winter allows, they plan on breaking ground on a new barn near the hop yard that will house a state of the art brewing systems, a tasting room and (why not?) an outdoor beer garden. They want to soft open by this Fall, says Blake, “we want to be a community farm” and an event space where on weekends “you can bring the kids too. It’s not just have a drink, that’s part of the reason we wanted animals. To share that with everybody.”

With Westwind Orchard and Hollander Farm as next door neighbors and collaborators, they will have built in traffic and become quite a destination. Asked what excites him about the Hudson Valley, Blake replies, “Oh man, everything. No, honestly everything. When I came here it was like open arms. I just feel lucky I found it. It’s just warm and welcoming. It can happen here.” 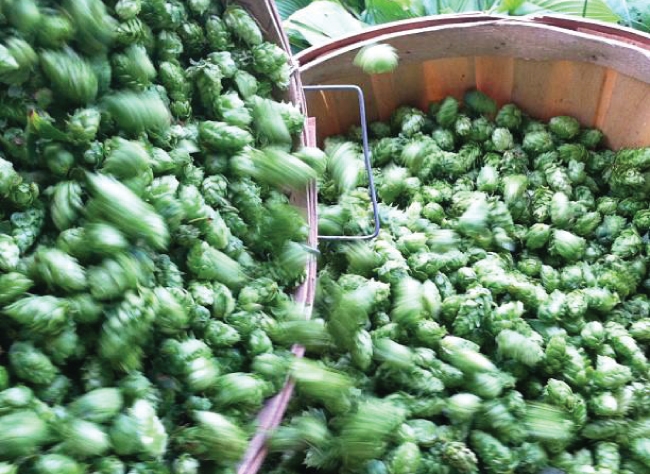 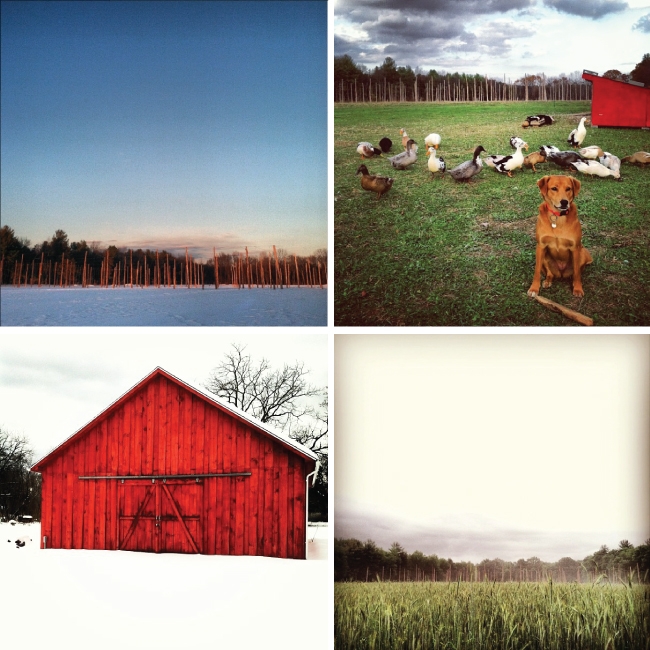 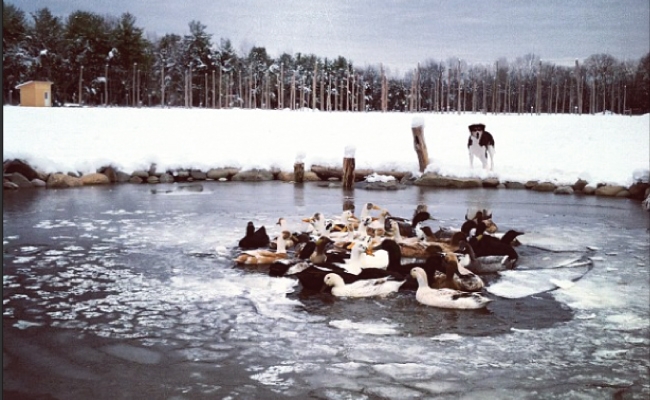