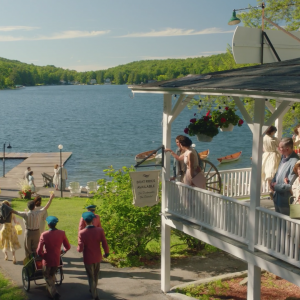 Posted on January 9, 2019 by HudsonWoods

The 76th Golden Globes Awards aired this past week with The Marvelous Mrs. Maisel picking up two nominations, and another win for actress Rachel Brosnahan in the category of Best Performance by an Actress in a TV series – Musical or Comedy. Hudson Woods residents and fans of The Marvelous Mrs. Maisel may recognize some of the locales that set the scene for the show’s second season.